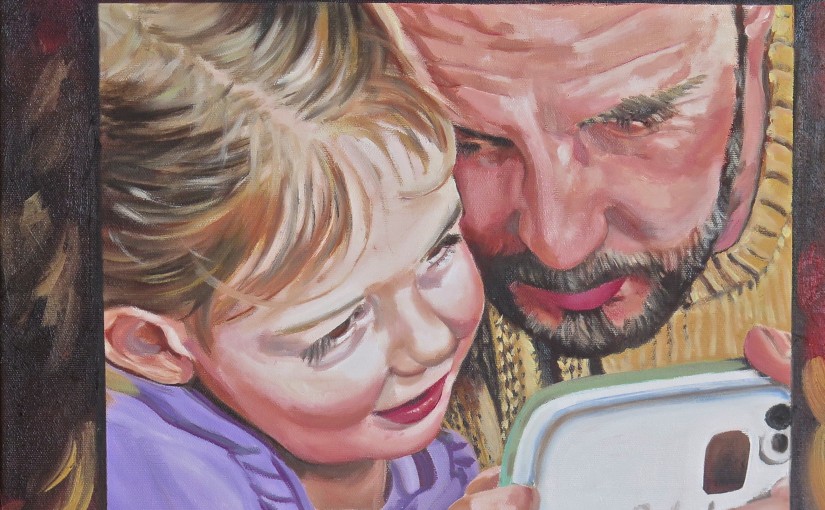 It is not possible for an artist to retire, at least I am not able to do so. However I have been reluctant to sell my art. In the Bergstrom Block, David has opened up the main floor to show my art. David wants to sell some of my work but I stay out of that. Showing is fine, selling not so much. There is a phone number on the door for those who take an interest. 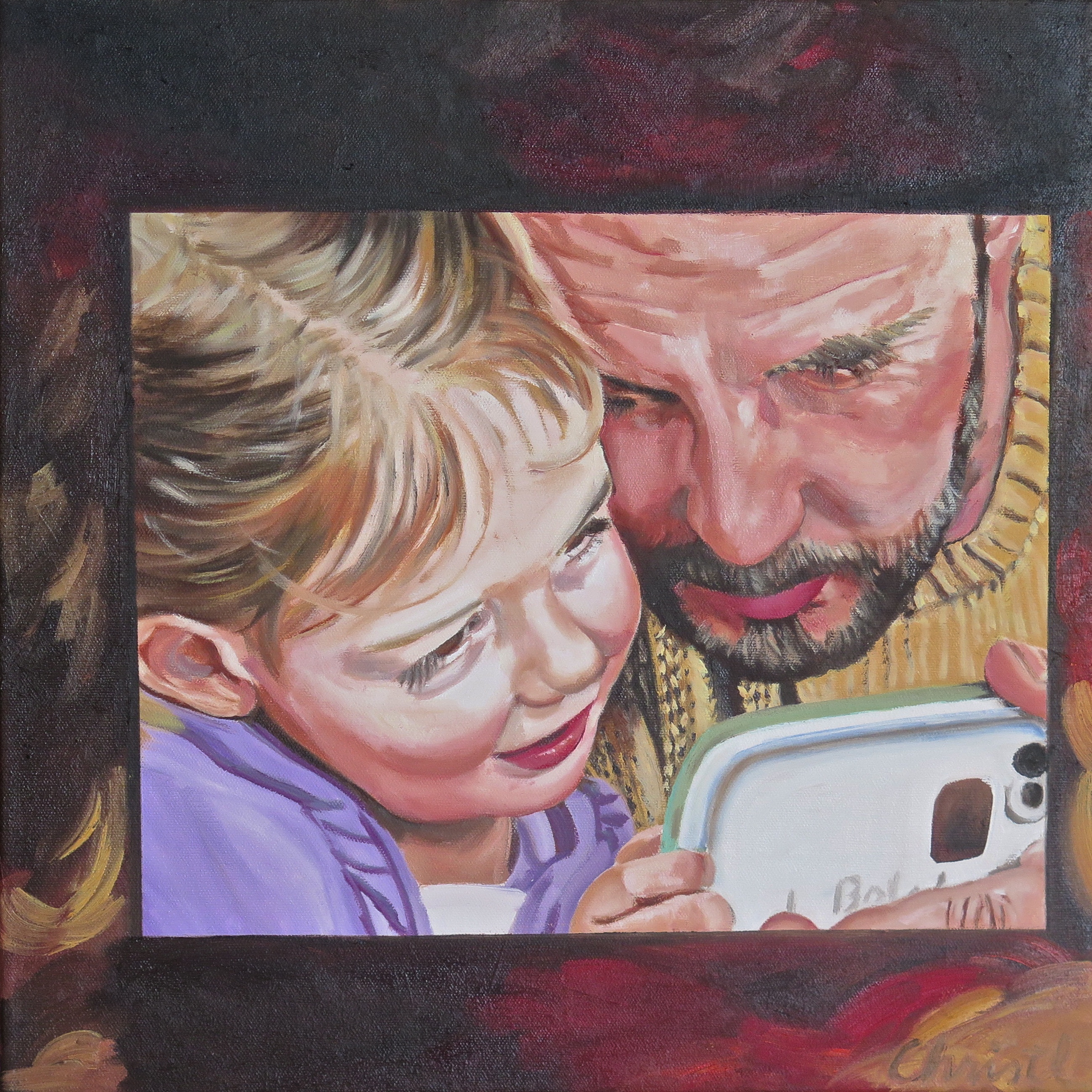 My lastest painting are about the cell phone culture where my family facetime across a large table eating Dim Sum. 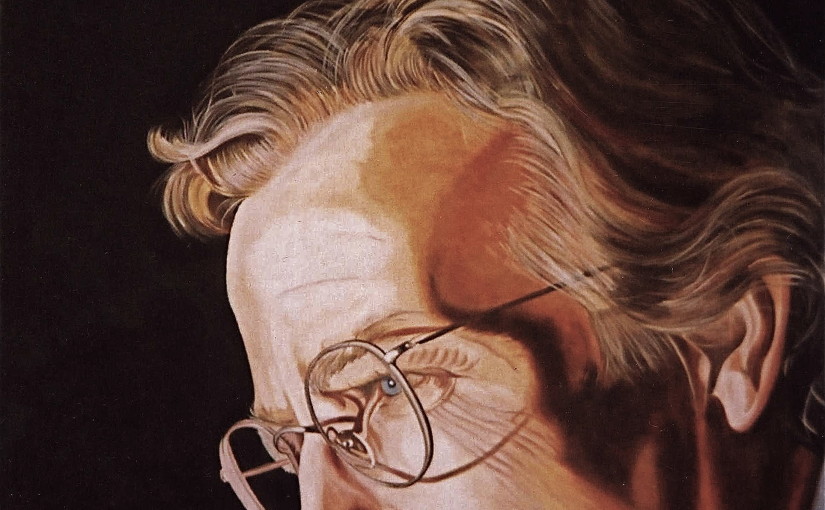 It was December 1969, when I went to visit a pregnant girlfriend. We had met at University of Alberta a year before. She lived in a three-bedroom apartment with her boyfriend and two other men. I remember being shown the apartment. The room at the end of the corridor had a window facing south. It was a simple room, with a mattress on the floor, a small stone slab on a wooden box, above the table a round large rice paper lantern with a yellow bulb in it. Above the bed was a large image with yellow and green marks from a sign company. It was very colorful. Opposite the bed was a wood pallet, leaning against the wall, photos tagged on it and some contorted seven up bottles. This small bedroom in an ordinary walk up apartment struck a chord in me. I uttered to my friend, “I love this room and I want to meet this guy!” She told me that he would not be interested in me because he is a professional. I had just turned twenty-four years old, in my second year of University taking my BFA arts degree.

Because she was pregnant, she didn’t visit her family and my family celebrated on Christmas Eve, I spend the holiday with her and her boyfriend. The weather that year was the coldest until 2009. In a rather cold Volkswagen, we drove around looking at Christmas lights. The person I wanted to meet was David. He was in Toronto visiting his family. I was invited to visit later in January 1970. My friend, her boyfriend and David invited me to a movie,”On Her Majesty’s Secret Service”. The next time we met it was suggested we all go skating in Mayfield Park, later re-named Hawrelak Park. I didn’t have my skates with me, but we dropped the other couple at the park on the way to my basement room. David and I ended up talking all night, totally forgetting about out stranded friends. He went home and phoned me to join him to a film society screening on Monday night. Coincidentally I was about to phone him with the same idea. We agreed to meet in the lobby of the Jubilee Auditorium. I arrived at the south entrance and across the room I spotted him, a brown leather coat and jeans. A cliche but at that moment my life changed. 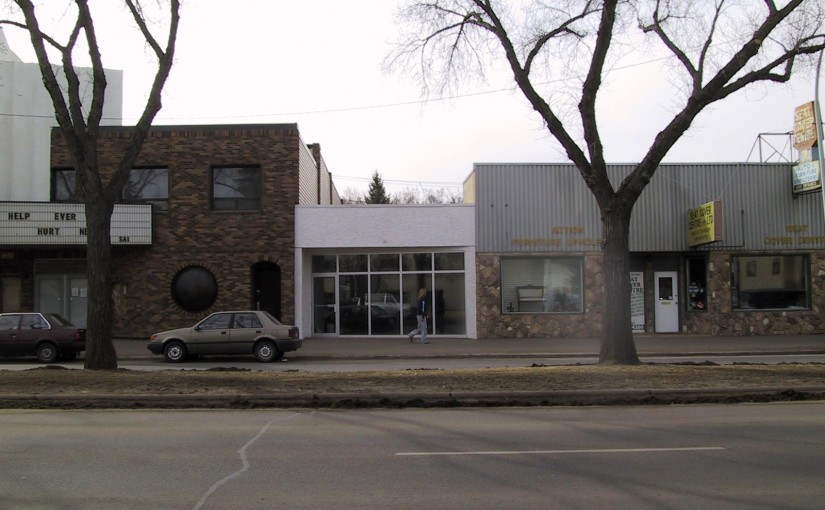 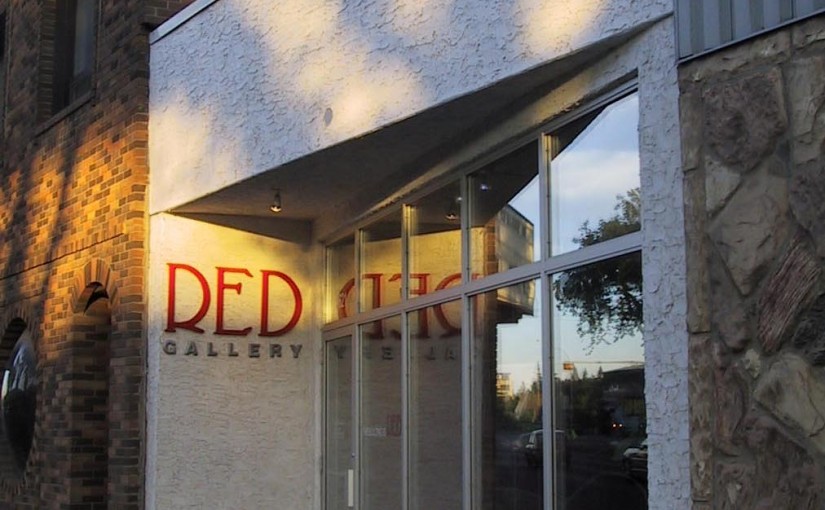 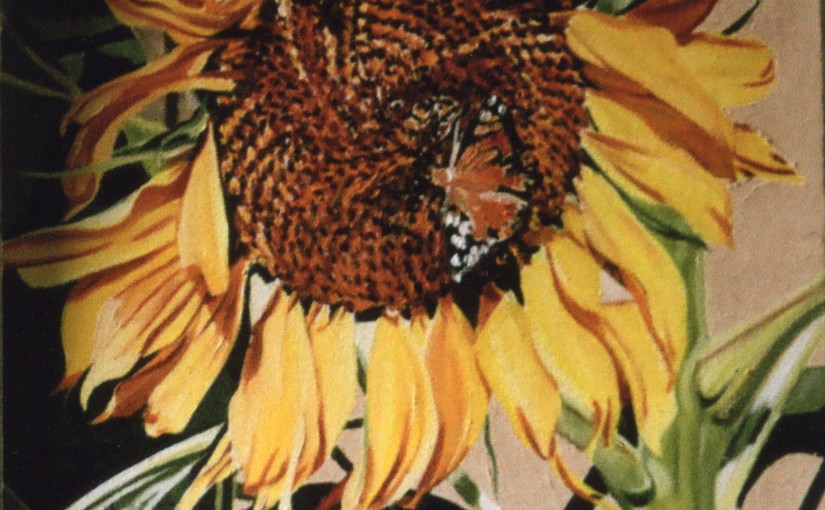 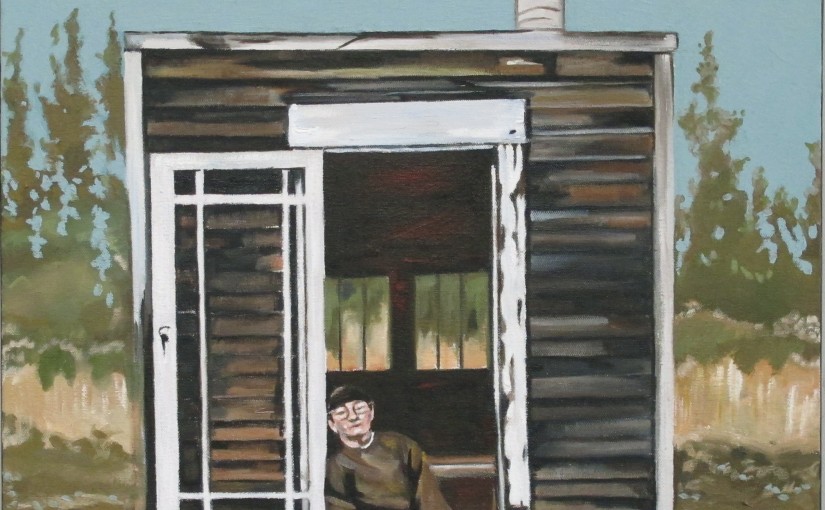